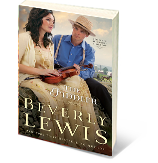 Amelia "Amy" DeVries, a 24-year-old violinist, is disillusioned with life and love after the collapse of her long-running romance. Weary of endless rehearsals and performances, Amy sets out on a road trip through the Pennsylvania mountains. She leaves her cell phone behind so life's demands can't intrude on her solitude. She doesn't know, nor care, where she will end up.

When her car breaks down deep in the mountains, Amy realizes the flaw in her "no cell phone" plan. She abandons her car and walks the winding roads, searching for help. Following the smell of woodsmoke and the sound of music, she finds a rustic log cabin. There she meets a young Amishman--and through him a community--that will change her life forever. 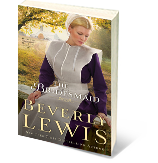 Twenty-four-year-old Joanna Kurtz is so far proving the adage “always the bridesmaid, never the bride.” Yet despite appearances, she has a beau who is secretly courting her from afar.

Eben Troyer hopes to make Joanna his bride--if he can ever leave his parents' farm in Shipshewana, Indiana. Yet Eben's hopes to build a life with Joanna hinge on his brother's return from the English world. Will her hidden passion for writing and his responsibilities to his family keep them forever apart? 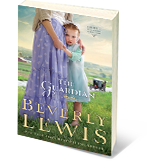 When Jodi Winfield comes to Lancaster to house-sit, the last thing she expects to find is a disheveled little girl alone on the side of the road. The young teacher is mystified when she learns there have been no reports of a missing child, and the girl herself is no help, since she can't speak English. It's as if the child appeared out of nowhere.

Then Jodi turns her attention to Hickory Hollow--and the cloistered world of the Old Order Amish--in search of answers. 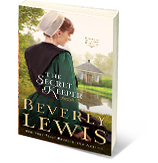 Jennifer Burns shocks her family and friends when she bids farewell to her modern life in favor of the Old Order Amish world, settling in with Samuel and Rebecca Lapp.
The people of Hickory Hollow are curious about the beautiful young seeker among them--one handsome Amishman in particular--and Jenny faces many challenges in the Proving time the brethren set for her...challenges of the heart, as well as the spirit. 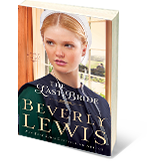 Of her Old Order parents' five daughters, Tessie Miller is the last to marry. She has her heart set on Amishman Marcus King, but Tessie's father opposes the match.

Impetuously, Tessie and Marcus elope to the English world, then return to Hickory Hollow to live as singles, trusting they'll convince the Millers to give their love a chance over time. But when the unthinkable happens, Tessie faces the almost-certain censure of the People. Will she find a reason for hope in spite of her desperate plight?

"Glory to God in the highest, and on earth peace, goodwill toward men!"

As I write this blog in my home office, twinkling lights nestled in soft, green boughs shine...